Investigators focus on jihadist groups, but some fear Hindutva group may have carried out German Bakery bombing.

Back in November 2008, as Lieutenant-Colonel Prasad Shrikant Purohit walked into a Nashik court to face trial for his alleged role in the bombing of a Malegaon mosque, Hindutva activists showered the rogue military officer with rose petals.

Last week’s bombing of the German Bakery in Pune has brought the ugly story of Abhinav Bharat — the Hindutva terrorist group Purohit helped found — back from the obscurity to which it was consigned by the Mumbai carnage, which took place just days after the trial in Nashik began.

In private, Hindus sympathetic to the ultra-right have been saying the bombings demonstrate the moral legitimacy of Purohit and his Hindutva terror project. Even as the police detained more than two dozen young Muslim men for questioning, some community leaders have been arguing that the bakery attack could just have easily been carried out by a Hindutva group.

Part of the reason for the controversy is that key suspects involved in Abhinav Bharat’s terror campaign have never been held. Jatin Chatterjee — better known by his alias Swami Asimanand — is thought to be hiding out in Gujarat’s Adivasi tracts, where he runs a Hindu proselytisation organisation. Ramnarayan Kalsangra, Abhinav Bharat’s key bomb—maker, is also a fugitive.

Founded in the summer of 2006, Abhinav Bharat was set up as an educational trust with Himani Savarkar — daughter of Gopal Godse, brother of Mahatma Gandhi’s assassin — as its chairperson. But, documents filed by Maharashtra prosecutors show, members of the group were soon involved in discussing armed activity. In June 2007, Purohit allegedly suggested that the time had come to target Muslims through terrorist attacks — a plea others in Abhinav Bharat rejected.

But, the evidence gathered by the police suggests, many within the group were determined to press ahead. At a meeting in April 2008, key suspects including Madhya Pradesh-based Hindutva activist Pragnya Singh Thakur and Jammu cleric Sudhakar Dwivedi, also known as Amritananda Dev Tirtha, met Purohit to hammer out the Malegaon plot. Explosives were later procured by Purohit, and handed over to Kalsangra in early August 2008.

Abhinav Bharat’s long-term aims, though, went far beyond targeting Muslims: its members wanted to overthrow the Indian state and replace it with a totalitarian, theocratic order. A draft constitution prepared by Abhinav Bharat spoke of a single-party system, presided over by a leader who “shall be followed at all levels without questioning the authority.” It called for the creation of an “academy of indoctrinization [sic.].” The concluding comment was stark: “People whose ideas are detrimental to Hindu Rashtra should be killed.”

Purohit’s plans to bring about a Hindutva state were often fantastical. He claimed, the prosecutors say, to have secured an appointment with Nepal’s King Gyanendra in 2006 and 2007 to press for his support for the planned Hindutva revolution. Nepal, he went on, was willing to train Abhinav Bharat’s cadre, and supply it with assault rifles. Israel’s government, he said, had agreed to grant members of the group military support and, if needed, political asylum.

Many believe that Abhinav Bharat carried out many attacks earlier attributed to jihadist groups — notable among them, the bombing of the Mecca Masjid in Hyderabad in May 2007, and a subsequent attack on the famous shrine at Ajmer. Despite persistent questioning of Abhinav Bharat cadre, though, the investigators have not been able to link the group to the attacks.

Matters are complicated by the fact that some of the operations attributed to Abhinav Bharat may not have had much to do with the group — even though its leading luminaries claimed responsibility for the attacks.

For example, Purohit allegedly claimed to confidants that the attack was carried out by the Dewas-based Hindutva terrorist Sunil Joshi, who was murdered in December 2007. But the United States Treasury Department later imposed sanctions on Lashkar-e-Taiba activist Arif Kasmani — a Karachi-based jihadist with close links to the Taliban and al-Qaeda — for financing the attack.

In January this year, Pakistan’s Interior Ministry chief Rehman Malik went further, admitting that “there were some Pakistan-based Islamists who had been hired to carry out the Samjhauta Express attack.”

Judging by recent Hindutva terror attacks, like last year’s bombings in Goa, it is unclear if they still have the capabilities to mount a sophisticated attack of the kind seen in Pune. Few investigators believe that the organisations — or other Hindutva cells — mounted the operation. “Still”, says one Maharashtra police official involved in investigating both Hindutva and jihadist attacks, “you can’t help wondering — what if?”

Signs are the investigation into the bombing of the German Bakery will take time. All that investigators have by way of suspects are three men recorded holding brief meetings before the blast by a poor-quality closed-circuit television camera. From the videotape, it is unclear if the men had anything to do with the attack.

if it is true, then why that Iliyas Kashmiri is took responsibility and threatens about more and more blasts.... Have some common sense.
February 19, 2010 at 12:09 PM

Proud Indian said…
@ Mr Suresh: We don't know who is involved but as far as making claims is concerned, they would love to make claims because it increases Hindu-Muslim divide.

And why non-sense, the gang that can target Malegaon, Ajmer, Hyderabad, attempt blast at Bhopal Muslim congregation, Jalna, Purna, Nanded and so many other places, could try here also. Just because there was no mosque around or someother reason!

@ As far as Hindus not doing it, terrorism is mad man's job. Anybody can turn insane. Naxals are mostly Hindu. LTTE was mostly Hindu. Gujarat carnage, Babri Masjid demolition were all terrorist activities.
February 19, 2010 at 3:04 PM

Ashok Kumar pandey said…
its neither rubbish nor new...
this has been discussed in detail with the help of various newspaper reports by Mr. musharif (the officer who caught Telghi) in his book 'who killed karkare?'. earlier we have seen kanpur and many similar incidents.
March 6, 2010 at 9:37 PM

Popular posts from this blog 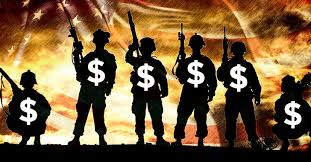